OTHER COMPETITORS TO MAGICIANS' SERVICES IN VANCOUVER CANADA

Closeup magicians face competition from clowns, who perform so-called “pocket magic” as they stroll around fairgrounds and festivals. Strolling clowns charge a range of $110 to $160 per hour in the lower mainland, British Columbia. However, the “clown business” is trending down, due to Hollywood movies invoking a horror image of white-faced clowns. Even corporate functions sometimes prohibit “white-faced” entertainers with clown-costumes, due to illogical fears by their office staff. Kids, even those aged 11, will sometimes refuse to go near a balloon twister who is wearing a clown outfit with the traditional red nose.

Birthday magicians, on the other hand, face stiff competition from “balloon artists” (aka “balloon twisters”) who also perform magic shows. Balloon artists in the lower mainland charge $50-$250 an hour for their artful sculptures. Some professional magicians in BC wage a silent “war” with balloon sculptors by also performing balloon twisting, as part of their service.

Even more confusing, to parents, are traditional white-faced clowns, who have a second persona, as “magicians”.  The dual persona is shown on their landing webpages, where the consumer is asked to choose between, for example, Gizmo the Clown, or Joseph the Magician.

Probably most magicians can twist a balloon sword for kids. That's quite easy. However, parents and event organizers should be aware that only very few, perhaps only 10 people, balloon artists/magicians can create: A spiderman in under 4 minutes; a Toy Story space character with an outside bubble head, or, the definitive test for balloon-sculpting, a lovely Ariel mermaid.  Furthermore, only one group of Vancouver kids entertainers has been able to show a pair of Super Mario balloon sculptures on the Internet. (Magicians in Vancouver are probably dismayed that this “secret information” has now been made public. Most birthday magicians have been making balloon dogs and balloon swords for decades.)

How are magicians in Vancouver fairing against the competition from outside their industry? One way is to gauge the number of Facebook “Likes” for Vancouver birthday entertainers and service providers. On this day, 3 February 2012, here are Facebook “Likes” (think of Likes as votes) based on public fan pages:
Posted by Unknown at 11:53 PM 1 comment:

An ANALYSIS OF HOW CONSUMERS RATE THEIR BIRTHDAY and PROFESSIONAL MAGICIANS in VANCOUVER, BRITISH COLUMBIA, CANADA

The comparison chart titled, “Vancouver Magicians Compared” lists performers into separated into three classes: Birthday, Closeup, and Stage type of performances.
A look at other magicians’ directories reveals that these three categories is necessary, to prevent a false apples-and-oranges comparison.
Birthday magic shows are usually performed at homes, or community centre rented rooms, or condominium social rooms. However, a look at Youtube videos reveals that, in Vancouver, many birthday parties are held at restaurants (e.g. Boston Pizza) or banquet halls. In Vancouver, the popular birthday venues seem to include the fine restaurant Dhoom, Dhaliwal banquet hall, Grand Buffet, Kentizen lounge, and church basements.
Closeup magic shows are usually performed at restaurants, banquet parties, mall and store promotions, and to entertain at business trade shows, sometimes with a balloon twisting artist and/or face painters.
Stage magic shows are seen at “for pay” events.  Unfortunately, recent news articles in Canadian papers suggest that full-blown stage magic shows are in a catastrophic long-term decline. Not to be glib, but it seems that “Harry Houdini” is outmoded, in the current “Harry Potter” era, where the children are magicians, and the adults are often villains.
PRICE DATA
Fees and hourly rates vary tremendously. The chart lists the lowest fees advertised by each performing artist, including Lily Kayy, Shane King, Kazam Magic Shows, as well as the national-chain of Philip & Henry Productions, and many others.
Prices range from $40 to $800 for a birthday magic show.
Prices range from $75 to $400 per hour for closeup magic tricks.
Prices range from $250 to $2,500 for stage magic shows.
REVIEWS & TESTIMONIALS
At least one other research study shows that written reviews on the Internet, even those that are not anonymous, are unreliable. Therefore, only reviews from actual persons, seen at the event venue, should be relied on. Apparently “staged” reviews cannot be counted upon. (A “staged” review is a testimonial from a person with a studio backdrop.)
Only two performers can show non-staged reviews from multiple members of their audience.
Only one performer can show non-staged reviews from multiple venues.
AUDIENCE SATISFACTION
Vancouver audiences rated their satisfaction by “voting” with Facebook “Likes” on various performers’ fan pages. Not all magicians revealed their Facebook Wall information. Where no Likes were publicly shown, a “blank” is listed on the spreadsheet.
The number of “Likes” (a snapshot in time) included the following:
4 Likes - (lowest number of Facebook Likes listed) - Vancouvermagician.ca group led by Clinton W. Gray
828 Likes – (highest number of Facebook Likes listed) – Party Savers which had the lowest prices
AN INVERSE RELATIONSHIP – PRICE vs SATISFACTION?
With the limited data available, it seems that higher fees resulted in fewer satisfied audiences. This observation is not surprising: In the car industry, Forbes magazine stated that Mini Cooper owners were the most-satisfied. Similarly, Consumer Report rated a 2007 Chevy model as “more satisfying” to owners than Porsche 911’s, regardless of price. Even a 2007 Dodge model beat the renowned Porsche 911. (As an aside, this implies that Porsche 911 owners are paying a hefty premium for the brand of their car.) Another surprise from Consumer Report is a Toyota model at the very bottom, with the least-satisfied car owners.
The lesson, for consumers, is this:  Look at the data. Don’t look at the brand.
Posted by Unknown at 11:42 PM 1 comment: 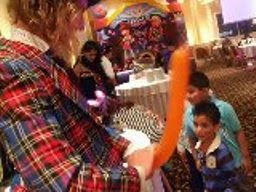 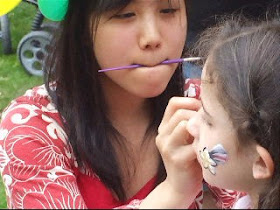 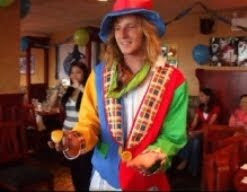 The blurring lines between clowns and magicians in Vancouver Canada

we are in
CanadianPlanet
british columbia